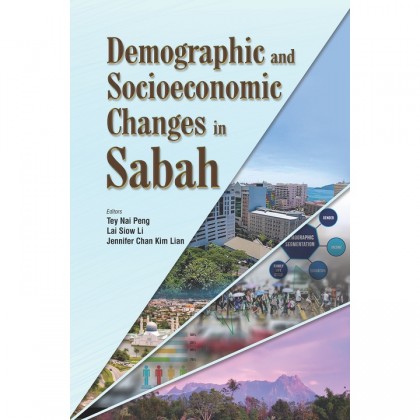 Population and development are inextricably interrelated. Population size and structure are crucial factors affecting opportunities, pressures, and constraints of society. The high fertility and rapid population growth in low-resource countries have hampered socio-economic development. However, as fertility began to fall rapidly since the middle of the 20th century, many post-demographic-transition countries are undergoing rapid population ageing and encountering labour shortages.

Sabah is the second-most populous state in Malaysia, with about 4 million population in 2020. It has registered the second-highest population growth rate over the past four decades, brought about by the influx of migrant workers due to the severe labour shortage. The number of non-citizens grew from 420 thousand in 1990 to 1.094 million in 2020. Non-citizens made up close to 30% of the state population during 2013 2018, up from around 26% in 2009 2010. However, the negative growth of the non-citizens in Sabah during 2018 2020 has resulted in zero growth of the state population.

This book is a sequel to the series on Revisiting Population-Development Nexus: The Past in Its Future, 2016, and Demographic Transition and Socio-economic Development in Malaysia, 2020 by the Universiti Malaysia Press. Given Sabahs unique socio-demographic situation, this book will provide a comprehensive analysis of the demographic situation, emphasizing the young generation and the changing roles and status of women in Sabah.